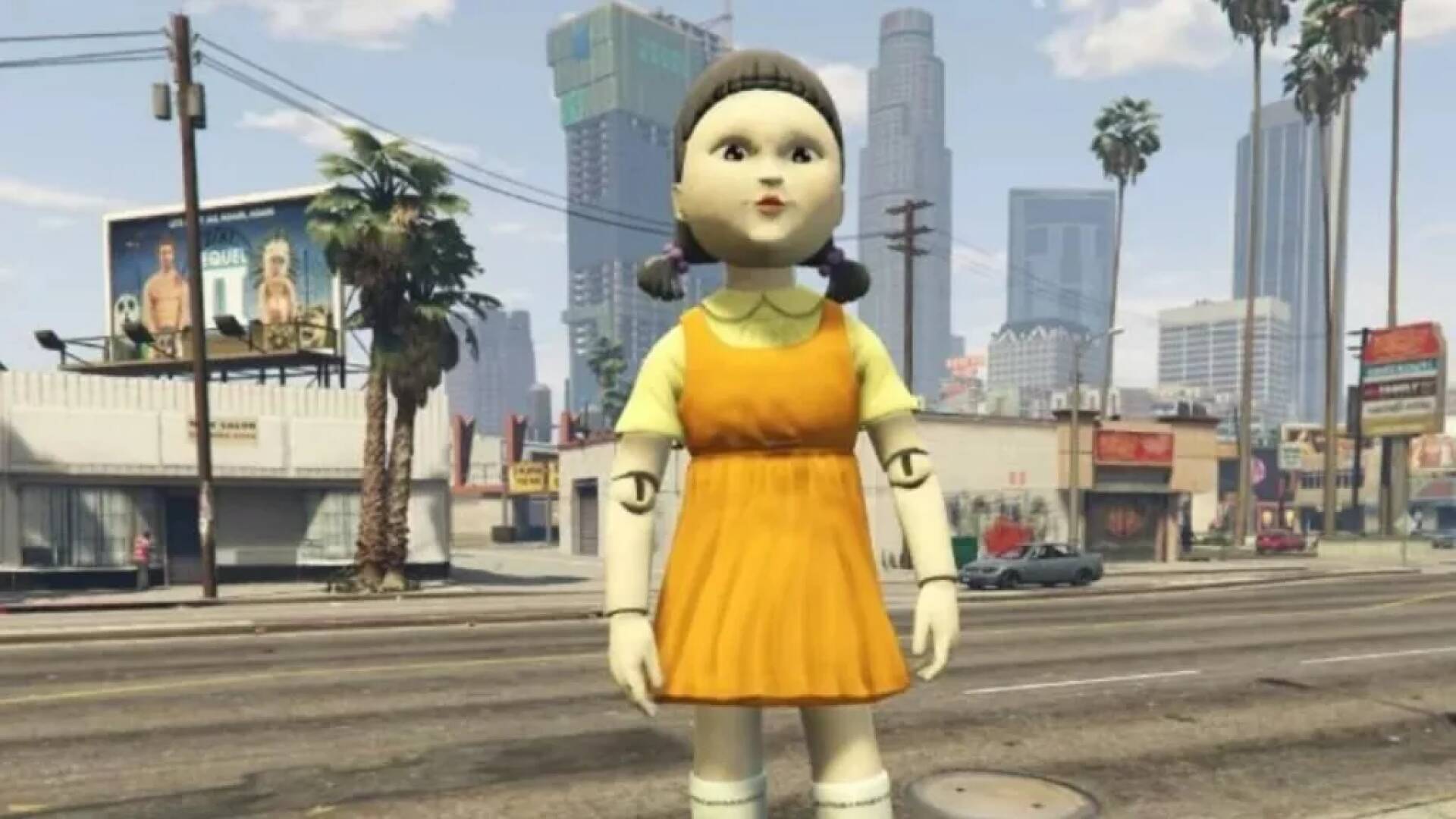 GTA V is a title that certainly needs no introduction, so much so that fans are waiting for the next-gen version expected during the next year.

The latest installment of the Rockstar franchise is in fact one of those games that are hard to forget, so much so that it is one of the best-selling titles ever.

While the upcoming GTA 6 is always at the top of the list of the most anticipated titles, the fifth installment of the franchise has a special place in the hearts of fans.

After all, after a large number of leaks that have followed in recent months, Grand Theft Auto Trilogy has been officially announced during the day today.

Now, as also reported by GamesRadar + , the Netflix phenomenon of the moment – namely Squid Game – decided to invade GTA V , for a truly unexpected result

The Korean drama that has broken all viewing records these days has therefore made its way onto the shores of Grand Theft Auto , although obviously not in an official capacity .

To be clear, some players have created a series of maps inspired by the deadly games of Squid Game : living inside San Andreas the chilling “One, two, three, star” seen in the show’s first episode is definitely a one-of-a-kind experience.

Fans have modded just about everything, including the giant doll equipped with absolutely terrifying motion sensors, just like it appears in the Netflix series.

Obviously, there are also all the other deadly battle royale games that appeared in the first season of the series (but which we will not reveal for obvious spoiler reasons ).

The mods of Squid Game are in any case on FiveM, the open-source community dedicated to Grand Theft Auto V , in case you want to take a look .

We also remember that Squid Game has also become the favorite series of Neil Druckmann, who has recently expressed his preferences regarding Netflix shows.

But not only that: have you seen that someone has created a real PSOne version of “One, two, three, star”, complete with 32-bit graphics?

Finally, being Squid Game one of those series that everyone watches and everyone talks about, BossLogic was also particularly impressed with the show.

Do you want to make a cosplay or a Halloween themed Squid Game outfit? On Amazon you can already find the costume that is perhaps right for you.