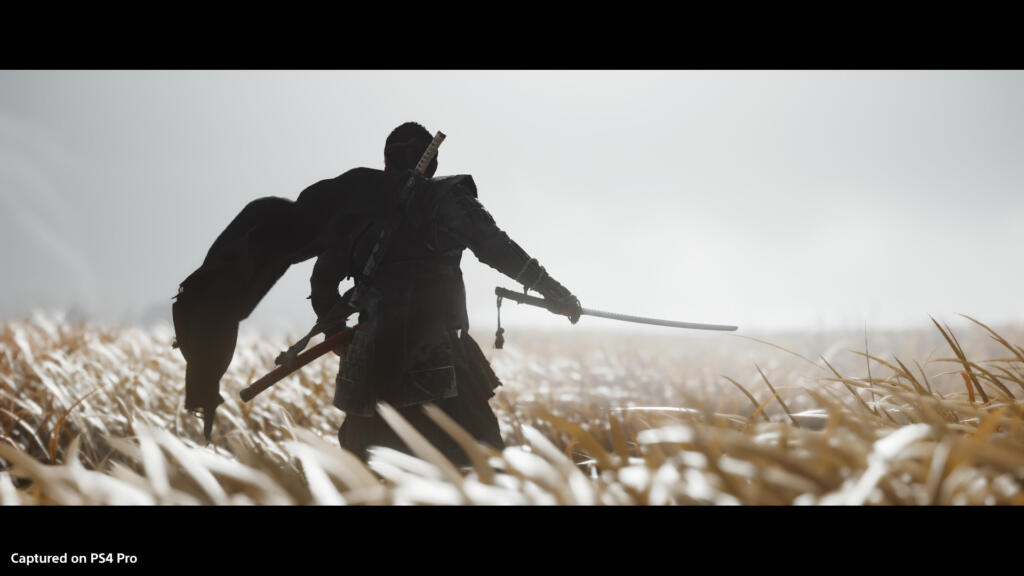 > Next July will be that of Ghost of Tsushima , the last exclusive PS4 before the transition to the new generation of consoles. Ahead of the debut, the Sucker Punch team discussed on the pages of PlayStation Blog about a fundamental aspect of the game experience: its combat system , which as we know will be animated above all by the use of the katana , in the hands of our Jin Sakai. The protagonist, a true practitioner of the way of the samurai (even if we can choose to opt for different approaches, with a less honorable and more ninja style, if we wish), will be able to draw the blade and fight through a structured system based on three key elements: speed, sharpening and precision .

As for the former, according to Sucker Punch co-founder, Chris Zimmerman , it was vital that “the attacks were quick”. Since a katana is essentially light (we speak of just over a kilogram), the movements while wielding it are extremely fast. So fast, that was too much for the authors. Humans take about 0.3 seconds to react to a visual stimulus – and this time changes little, from individual to individual. For this reason, a lot of work had to be done on speed: Jin’s attacks are very fast, but those of Mongol enemies cannot be faster than human reaction time – otherwise the game experience would be terrible.

Before solving this problem, the team said that «simply hitting the quick attack button would defeat most of the enemies – which was far from the deep combat experience we wanted. And it would have been nice to solve this problem before Hideo Kojima’s visit to our studio, when he tried the fight of Tsushima … sigh. »

So instead of focusing on the player’s reaction times, the developers turned the spotlight on forecast times . That is, there is no credible physical limit to how far ahead you can read an opponent’s move. This allowed to create different patterns that are equally dangerous: for example, a Mongolian warrior could launch a slower first attack, which you could dodge or foresee, but this would follow several in succession that could put you in difficulty, if you were not sufficiently agile. In addition, the enemies will be able to attack together (one of the aspects that they had discussed during State of Play was that related to the idea that the enemies seemed to attack our Jin in turns), making the face-to-face fight even more thorny.

As for the question of sharpening , Sucker Punch pointed out that Jin’s katana is a Sakai Storm, a steel sword razor sharp. «In the samurai films we were inspired by, a handful of cuts are enough to bring down the toughest of enemies. We couldn’t get far from this, “ said Zimmerman. When trying to make the enemies more resistant so that they could endure multiple hits while balancing the game, the katana no longer gave the idea of ​​being sharp .

With the development that continued, the Mongols have become more good and smart with parades and dodges, which made fighting more interesting. In addition, Jin is also subject to the same danger – because his enemies also carry sharp swords. “Sharp swords and aggressive enemies mean that death is always near,” explained Zimmerman, discussing the philosophies behind the game’s design. “That sense of danger, which tells you that you are always no more than a handful of mistakes from the dead , is crucial to the atmosphere of Ghost of Tsushima.”

“Players have many ways to defend themselves, and even more to attack,” continued. “If you stay focused, then you can do it and stay alive. If you lose focus, you will die. We want to try to put you in Jin Sakai’s shoes: these are the rules he has to undergo, and they apply to you in the same way. »

Great importance also goes to precision . The katana will be a weapon focused precisely on the latter, and discipline and perseverance are needed to be able to hit where you want with its ruthless blade. “It was important for the player to feel the same sense of precision,” explained Zimmerman. «and also that the same discipline and the same practicality were required from him.»

However, precision starts from the Jin’s response to your commands , which will be immediate. Also, once an interaction is activated, you can stop it at any time – because timing will be very important: «Jin also has slower and more powerful attacks, but they can be interrupted at any time, giving you the opportunity to respond to unexpected events, such as the scream of a Mongolian who left to attack. Starting a high-level attack and then canceling it because circumstances have changed is important for the game experience. »

That same precision will also be important for saves : you will not have to be content to press L1 to block enemy attacks, because there will be multiple levels of success of the technique, based on your precision. And you will also have to be precise in “choosing the right attack for the right time” , considering that you will have to juggle with different Stance (or combat poses, if you prefer), which will go beyond the original nature of Jin as samurai.

“All of these features – speed, sharpness, precision – combine together to produce an experience that we think players will love” concluded Zimmerman.

L Ghost of Tsushima is slated for July 17 on PS4 only. The game, we remind you, is already gold, so there will be no inconvenience or unexpected for its release. We also know what will be the contents of his day-one patch.

You want to book the special edition of Ghost of Tsushima with reversible cover? Now you can do it at a special price .