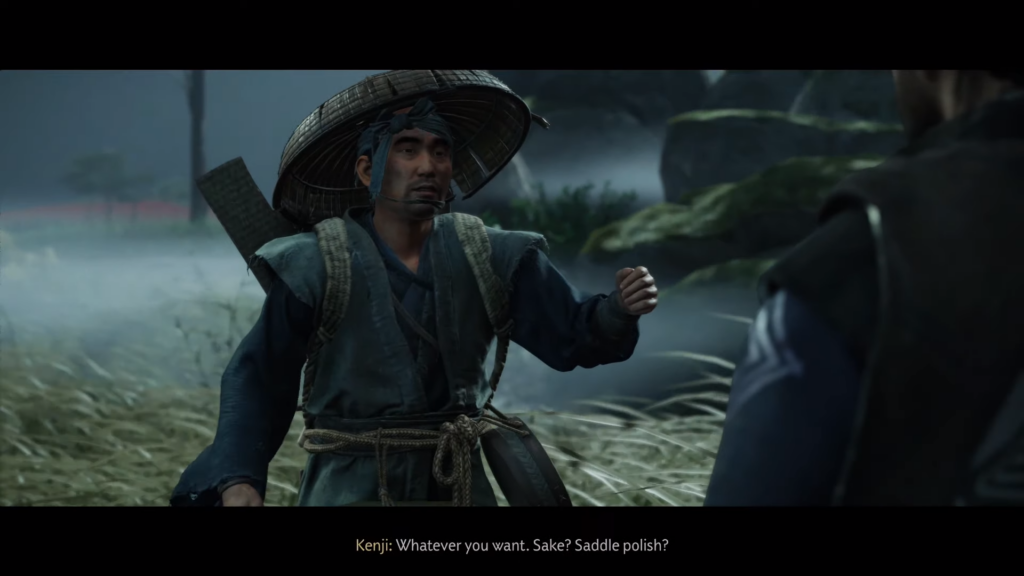 > Ghost of Tsushima , the expected open world title set in Feudal Japan, is expected exclusively on PS4 console in a few days, more precisely starting from next July 17th. Now, via ResetEra , a particular discussion has arisen among users about the fact that the next Sucker Punch game could have a “defect” (note the quotation marks) already widely found in others titles and often criticized by the players: the size of the subtitles .

According to some images published on the net, it seems that the font used in Ghost of Tsushima is really small, especially when compared to that of Akira Kurosawa’s films from which the game draws inspiration.

A little below, a screen of the game with lots of subtitles in plain sight:

A little below, however, an image taken from a film by the master Kurosawa (in Home Video), also with good subtitles i n evidence:

It is not clear whether this is an obvious defect in the game, or just a fear on the part of a specific slice of players.

It must be said that a similar episode occurred with Death Stranding at the time of its first release on PS4 (problem solved with an update released a few weeks after the release), as well as the most attentive will remember something like this happened also with the old The Witcher 3: Wild Hunt .

In short, we will see if Sucker Punch deems it appropriate to release a patch to enlarge the font size of his latest game with samurai.

Have you already read that Sony has decided to give players a suggestive dynamic theme for PlayStation 4 inspired by the title Sucker Punch (absolutely free)? And that the first votes of the game reviews reward him almost with his hands down?

If you want to know more, don’t miss our honorable review of Ghost of Tsushima , in which our Domenico explained to you that “artistically incredible and with surprising naturalistic glimpses, Ghost of Tsushima is the most successful tribute to Japan, with an impressive amount of content that will keep you busy well beyond the canonical adventure.”

Recall that on Amazon the preorder of Ghost of Tsushima , so you don’t miss this new adventure set in Feudal Japan.