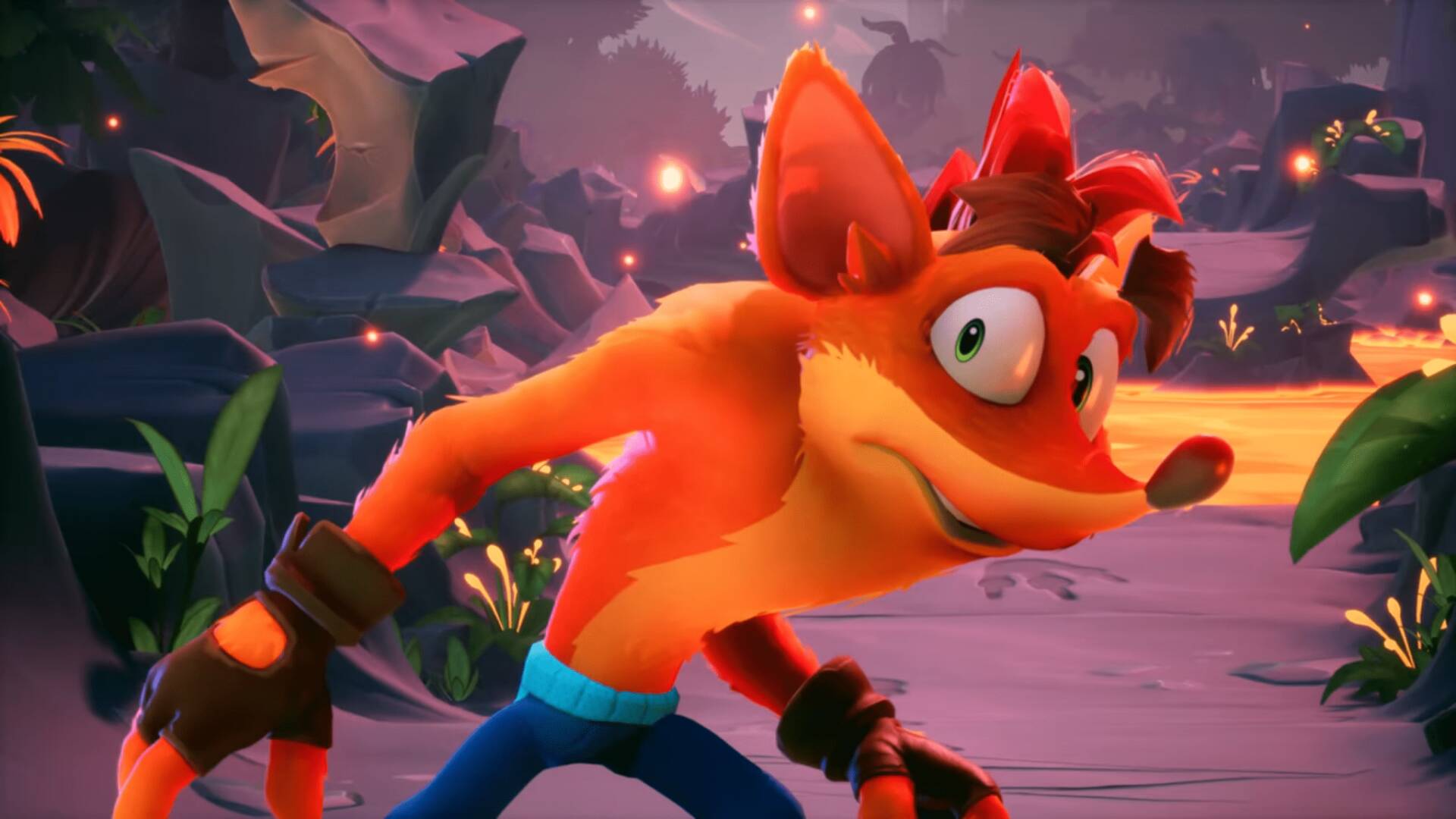 The voice actor of Crash, the marsupial protagonist of the videogame saga of the same name Crash Bandicoot , aroused curiosity fans thanks to a post on his Instagram profile.

The trilogy initially released on PS1 is back on PS4 in a new version, named for the occasion N.Sane Trilogy. Developed by Vicarious Visions, the series has brought the Crash character back to the center of the gaming stage after years of absence.

The exuberant bandicoot was also the protagonist of a new title that has met with considerable success with audiences and critics: it is Crash Bandicoot 4 It’s About Time , and Nintendo lovers will be happy to know that (in the PC version) there is a way to bring the mustachioed plumber into the game.

Among the good news, you must always make room for the less pleasant ones: just a few weeks ago, the composer of some titles that have marked the childhood of many, including Crash Team Racing , Tombi 2 and Sly Cooper .

In a photo posted on Instagram , Scott Whyte, the new Crash entry starting in 2020, launched a clue to fans who are constantly waiting for news for the historic platforming saga.

As also reported by ResetEra , Whyte himself would be in the studio in the company of Lex Lang, historical voice actor of Doctor Neo Cortex , as reported by the following tweet from Canadian Guy Eh:

It’s always a pleasure to share the microphone with Lex Lang … I know we should be professional but when will I be able to ask him for an autograph? ».

The voice actor has not confirmed (but has been anxious not to deny) his involvement in any new work for the Crash Bandicoot saga, but the post undoubtedly gives some thought.

It is certainly possible that this is a completely different kind of project, but on the other hand it is equally plausible that two such iconic voices will come together for a special occasion .

On ResetEra , the comments of the fans were not long in coming: there are those who have hypothesized a « themed content Crash Bandicoot coming to Warzone » and who expressed their willingness to see« Crash and Cortex on Super Smash Bros. Ultimate ».

There was no shortage of posts related to a PvP starring the indefatigable marsupial: « I think this is it » added user Lant_War « and I’m sure Crash will be confirmed in Super Smash ».

Beyond fan wishes, it really looks like something is moving after the franchise arrives on mobile with Crash Bandicoot On The Run, launched on iOS and Android this month of March .

As for an official sequel, it looks like we’ll have to be patient a little longer: Toys for Bob, the developer of Crash Bandicoot 4 and Spyro Reignited Trilogy would currently be at I work on Call of Duty Warzone at the behest of Activision.

If you love the saga, you will be interested to know why Naughty Dog abandoned the series, and the causes are to be found in the turbulent relationship between the same software house and Universal.

After Crash and Spyro , Activision has new remasters in store for 2021, and there are those who are hoping for a new edition of Diablo 2 , the historic RPG released on PC in the distant summer of 2000 that managed to mark an entire generation of gamers.

Does Activision’s stable appeal to you? You can evaluate the purchase of Call of Duty Modern Warfare Remastered by taking advantage of the price offered by Amazon.