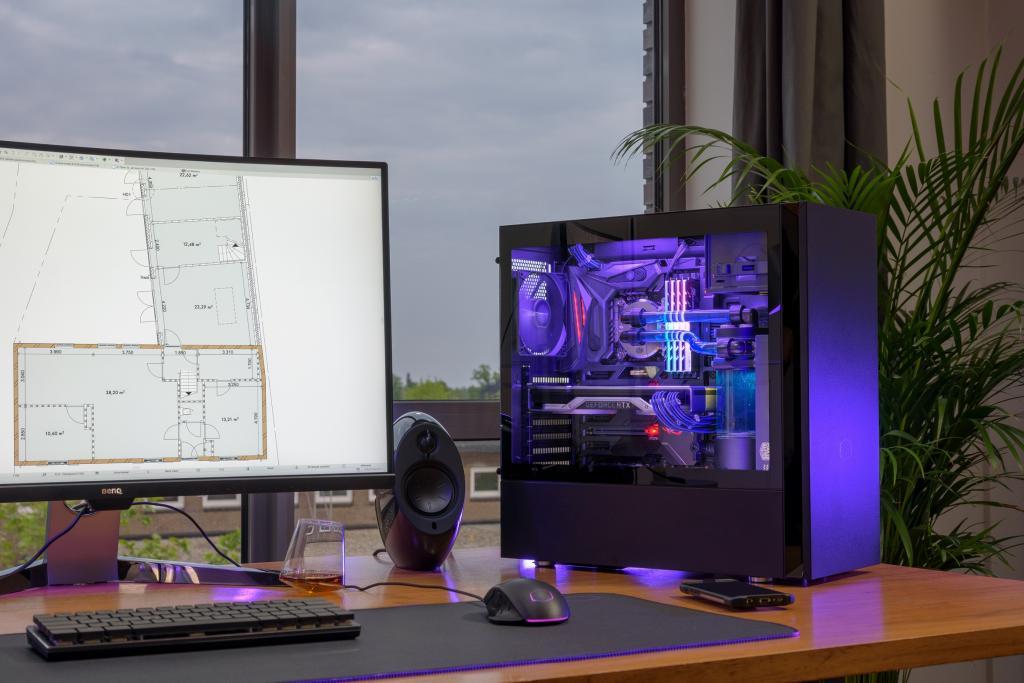 With a press release, Cooler Master presented today the Silencio S400 and Silencio S600 houses. We report it below, with full details on the two products for PC .

Cooler Master has for over 25 years a world leader in the design and production of computer components and peripherals high performance dedicated to an audience of hardware enthusiasts looking for the latest in technology.

From its DNA, a series of solutions are born that give a nod to all those who have the skills, the tools and the desire to look for new customizations; today the Taiwanese company is pleased to announce the official launch of the Silencio S400 and Silencio S600 cases, designed for professional users, in which features such as computational power and absolute silence are very important in the surrounding environment.

The difference between the two models consists mainly of compatibility with motherboards: microATX for S400 and ATX for S600.

Shown to the general public during the Taipei Computex arousing great consensus, the Silencio S400 and S600 will soon be available in two versions with a different left side panel, which can be in steel, for those who need the maximum soundproofing possible, or in tempered glass, for those who also want to show off their configuration.

The predisposition for fans is the same as on the younger brother and allows, among other things, the implementation of AiO liquid systems with 280mm radiator on the front and from 240mm, slim type, on the top.

Common to the two products is a simple and refined design, iconic of the Silencio series, and, of course, the solutions designed to reduce noise, including one complete soundproofing of the panels through sound-absorbing material and a front door, almost totally, closed that can however be opened if necessary.

Even the predispositions for fans on the top can be covered by means of a magnetized sound-absorbing panel, ensuring greater noise isolation.

There are also gems designed for those who want to make Silencio perfect machines for video editing such as, for example, an SD card reader placed on top .

Silencio S400 and Silencio S600 will be available at the official network of distributors, retailers and Cooler Master’s Italian online shops starting in July. The recommended retail price will be respectively 89 € and 99 € including VAT.