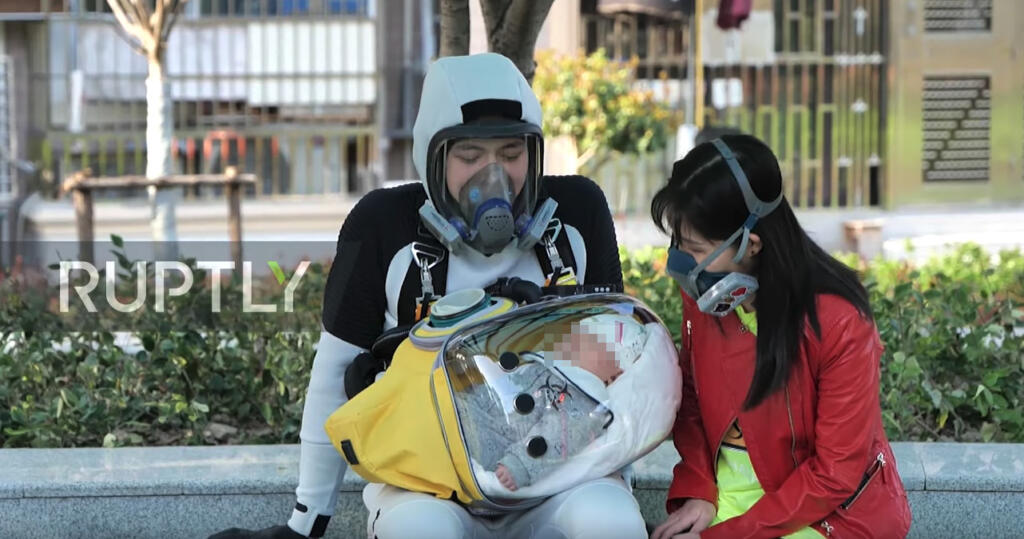 > We are pretty sure that even Hideo Kojima , the man who in 2001 gave birth to Metal Gear Solid 2: Sons of Liberty (and from which he had to cut, obviously reasons, a terrible scene involving the World Trade Center in New York), could have imagined that his Death Stranding could suddenly become closer to everyday life. While a large part of the world is closed in its quarantine, with cities where our daily lives are confined and circumscribed and the transport chains make it possible to supply the basic necessities, someone has decided to run for cover to overcome fear of the contagion. We are talking about Cao Junjie , a thirty year old fan of the sci-fi world and the first video game of the new Kojima Productions. The man from Shanghai has thus decided to combine his ingenuity with his love for the title, creating in reality the BB pod brought by Sam Porter Bridges . Because? To keep his son safe from exposure to COVID-19 infection, Junjie explained.

Using a container usually used for carrying cats, the ingenious dad created a pod for his baby, which he accompanied a system for air quality monitoring , which notifies the carbon dioxide levels to make sure the little one is always safe .

That’s not all: the pod made by Junjie is also equipped with “a respirator” which guarantees an air filter from the outside, as would a mask worn on the face.

How to front and the need to interact with the little one outside the home, while he is closed in his pod? Dad also equipped the equipment with a special glove in which you can put your hand to touch the baby, without thereby triggering a skin-to-skin interaction.

Since he created the pod, Junjie he has also put together an accompanying suit, useful for transportation, and will now try to patent everything , to make the idea available also for other parents who want to be able to ride with their little one without fear to expose him to infection.

“Because of the epidemic, I spent a month making this safety pod for my baby, which provides him with a comfortable and safe environment” told the author, who also convinced his initially reluctant wife of the goodness of his “invention”.

Death Stranding is available on PS4 and will also arrive on June 2 on PC – in case you need further references to create a pod where to keep your offspring safe.

Source: You Tube | VIA: DualShockers